PublishedAug 13, 2017, 2:16 am IST
As we collectively hurtle towards destruction, the knowledge that the planet has warmed only by one degree Celsius is no consolation. 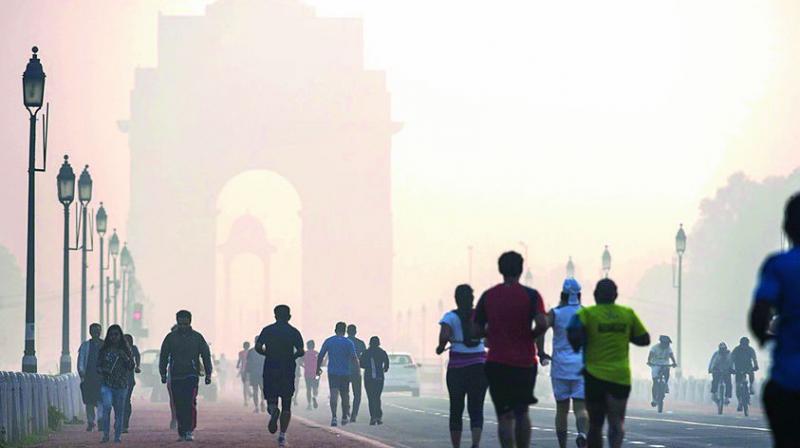 Mumbai, Chennai, Surat and Kolkata will, by 2050, be among the top cities in the Asia-Pacific region to face huge losses every year from flooding.

Some of the warnings coming from the world of science on global warming are the direst yet. Even French President Emanuel Macron’s hint that US President Donald Trump could change his mind on climate change and support the Paris accord in some form, may not be sufficient to convince the scientific community that man can do anything to mitigate the disaster awaiting us. Humankind is apparently way over the line with regard to climate change.

If our fears are only to do with the rise in sea levels, which has been dominating our thoughts on the problem, we are barely scratching the surface of the ill-effects of climate change. While it’s bad enough to learn that Mumbai, Chennai, Surat and Kolkata will, by 2050, be among the top cities in the Asia-Pacific region to face huge losses every year from flooding, Miami and Bangladesh are likely to be hit very hard this century too.

Many other regions are on the drowning list before the 21st Century runs out. However, scientists warn that rising sea levels is barely the tip of the iceberg of the climate change crisis. As we collectively hurtle towards destruction, the knowledge that the planet has warmed only by one degree Celsius since the beginning of the Industrial Revolution is no consolation. The direst warning is that famine, economic collapse and an unforgiving sun that cooks the planet are factors enough to tip the balance. The news from Antarctica of the trillion tonne breakaway “calf” from the Larsen C ice shelf to form one big iceberg four times the size of Delhi, but which could melt at some point, could be just another sign of several such disasters in the offing.

Dystopian movies featuring zombies on a failing planet may seem bizarre in this day and age. But don’t speak too soon. Climate apocalypse is not as far away as is commonly believed. But, before we condemn the climate naysayers, let’s look at the evidence tendered thus far. The Syrian civil war from which ISIS arose, plus the resultant refugee crisis, can be traced back to climate change as it is linked to the drought that began in 2006-07. Farmers and labour began to shift to cities where there were neither jobs nor food and protests worsened into riots and then into insurgency and war. The same urban migration is happening in swathes of South India, which are set to witness steep decline in rice yields due to failing monsoons and successive years of drought — rice yield will be down by 14.5 per cent by the 2050s and 17 per cent in the 2080s, according to estimates.

Guatemala’s food security is so much under threat that many areas are said to have been left ungoverned after the civil war. The Nile Delta is facing increasing danger from rising seas that bring in salt incursion. In Lagos, Nigeria, half the people are living below the sea level now and may have to relocate. The double whammy of a failure of the maize crop in China and the USA could be disastrous. All this is not impossible according to British researchers, who ran 1,400 climate model simulations on a supercomputer and found “the probability of severe drought was higher than if solely estimated from past observations”.

The extreme events of flooding in certain parts are often used as pseudo-evidence by climate change deniers. An IPCC (Inter-governmental Panel on Climate Change) scientist rebuts this with “warmer sea and warmer air allow the atmosphere to transport more moisture, so that the same meteorological situation favouring heavy rainfall is associated with more intense rainfall in a warmer world”. There are many more reasons to worry than the scepticism. Arctic permafrost is said to be a major cause for concern this century as it contains 1.8 trillion tonnes of carbon and when it thaws, carbon may evaporate as methane. The date for such evaporation is being moved up rapidly, according to writer David Wallace-Wells, who authored an article in the New York magazine.

The worst case scenario forecast by the writer is the possible triggering of a sixth mass extinction. Since many of the five recorded till now may have been caused more by climate change than the one major asteroid collision which may have killed the dinosaurs, the chilling foreboding that man may be hastening doomsday is inescapable. A majority of scientists are said to lean towards the belief that human ingenuity might save the Earth someday soon. It is with a prayer on our lips that we think of the future of our children and the generations to come.